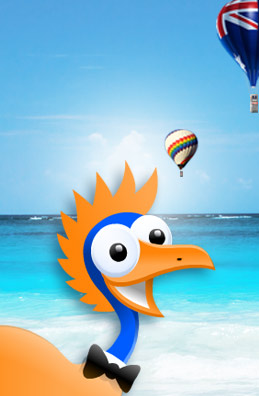 Christmas is truly a magical holiday and it rings true here in EmuCasino with our five lucky Aussies snagging the biggest wins of the month!

EmuCasino is spreading the Christmas joy by announcing our five big winners, who’ve won a total grand amount of over $600,000 on some of your top-winning pokies with the biggest wins coming from Sakura Fortune, Christmas Farm, Raging Reindeer and unsurprisingly Wolf Treasure.

Trent, a long-term player from Queensland seized the biggest amount among the five, by winning an attractive sum of over $143,000, followed by Kyle who won a whopping $80,000. Both these lucky players struck gold by spinning the reels of EmuCasino’s much sought-after pokie, Wolf Treasure.

This string of good luck was passed down to three other players hailing from New South Wales, each winning more than $50,000. Ryan and Jayden made their impressive wins by wagering on Christmas Farm and Sakura Fortune while Aaron made his big win in the infamous Wolf Treasure among others.

Among the pokie games, Wolf Treasure made the highest contribution, with a total win of over $150,000 for the 5 big winners. As for Christmas Farm, a festive 5-reel video pokie, EmuCasino has a pay-out of over $40,000 while Sakura Fortune has an accumulated winning amount of more than $45,000. This holiday season, players yearning to strike the iron while it’s hot, should certainly spin the reels of our these promising pokies!

EmuCasino is filled with delightful surprises this season and we are beyond excited to have not one, but five big winners this month. This is the season of giving and simply another reason players should take part in the festive joys at EmuCasino.

Congratulations again to the lucky five and to the rest of our loyal players, may this winning spirit of Christmas bring joy and luck as well!